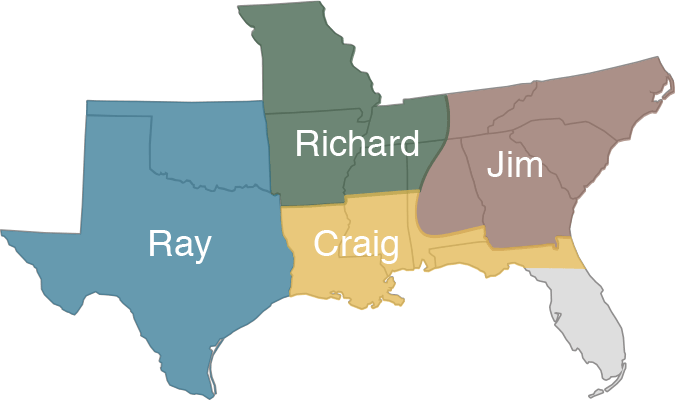 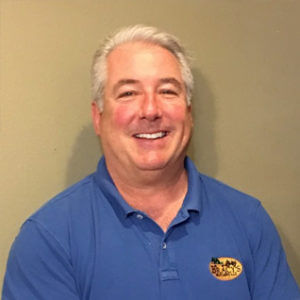 Working with plants and trees began to shape Tom at an early age. As a child growing up in Dayton, OH he earned his allowance by doing yardwork. It was working small landscape jobs with his brother in high school that convinced him to go into sales. His interest in plants followed him to college though. While studying management/marketing and economics at the University of Dayton, he took a weekend job at Grandma’s Gardens in Waynesville, OH loading car trunks. Over the next 8 years he held various positions, eventually becoming Garden Center Manager.

One of Tom’s suppliers, VPG out of Bonham, TX, noticed his natural sales ability and work ethic. The makers of Ferti-lome and Hi-Yield® lawn & garden products hired him as an Account Manager to pioneer the mid-Atlantic and New England states. Tireless cold calling on independent lawn & garden retailers and distributors to stock and sell their product allowed him to build the territory to $3 million. This performance earned him the opportunity to relocate back to the mid-west to be closer to his aging parents while covering OH, MI, IN, KY & W.VA. Tom’s 21-year tenure with VPG included 7 years in various management roles culminating in the final 3 years as National Sales Manager with responsibility for all 50 states

In 2014 Tom took the opportunity to get back into the green goods segment of the nursery industry in his native state of Ohio. He joined Willoway Nurseries in Avon, OH, a premier 1000-acre operation that serves independent retailers in the mid-west.

In December of 2015 Tom was approached regarding the vacant sales manager position at Bracy’s Nursery. When he visited the nursery it was love at first sight. “I was impressed with the cleanliness of the nursery as well as with the management team Randy Bracy has put together. The aggressive growth strategy is intriguing. When offered the job, I just had to accept”. In February 2016 Tom moved to Covington, LA and is enjoying learning about all that Southeast Louisiana has to offer.

Tom has two grown daughters; Christina resides in Dayton, OH and Jennifer in Greenville, MI. He enjoys any and all outdoor activities as well as watching live sports. His favorite teams are The Ohio State Buckeyes, the Cincinnati Reds and the Cincinnati Bengals. 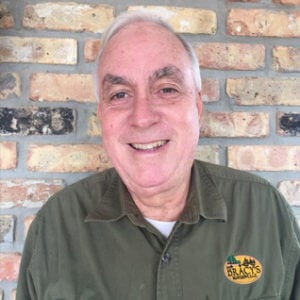 Craig earned his Bachelor’s Degree from the University of New Orleans (Business) in 1972 while serving in the United States Coast Guard Reserves. At the same time he was accepted into D. H. Holmes Department Stores’ Executive Training Program. He excelled in this environment and quickly became a stationery and gift buyer. In 1978 Craig became a buyer for men’s clothing and travelled the world in this pursuit until 1989. That was when he Joined Farah, Inc. in San Francisco, CA and embarked on a very successful sales career. After steadily increasing territory responsibilities, Craig was promoted to National Sales Manager and oversaw all Dillard’s accounts totaling 32 million dollars.

Craig fused his vast purchasing and selling experience with his passion for plants by opening his own independent garden center in Mandeville, LA in 2002. He successfully operated Half Moon Gardens until 2011 when he decided that as much as he enjoys retail, he likes selling more. He joined Bracy’s Nursery as a Sales Consultant in 2011.

Craig’s diverse background works to his customers’ advantage. As an experienced retail garden center operator, he can relate. As an accomplished buyer and merchandiser, he knows how to get the most out of available space. He helps his clients do the same. Craig’s territory includes all of Louisiana, the southern portions of Alabama and Mississippi, the Florida panhandle and a small portion eastern Texas. 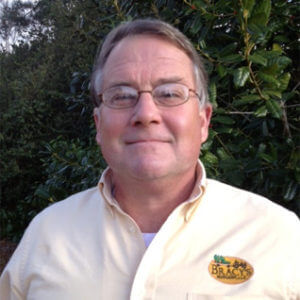 Richard Williamson was born and raised in Little Rock, AR where he began his career in horticulture 37 years ago. He got an early start working as a landscape employee during high school summers before earning his Bachelor’s Degree from Southern Methodist University, Dallas, TX in 1983. Richard joined Wolfe Nursery and quickly rose to the Location Manager level.

He completed his 17 years on the retail side of the nursery business while a Store Manager with Pike Nursery in Atlanta, GA. In 1994 Richard began his sales career with Windmill Nursery and he became a Bracy’s Sales Consultant in 2002. Now he applies his cumulative experiences, as both a retailer and a wholesaler, while he helps his clients succeed. “I feel strongly that Bracy’s customers and their customers are looking for the quality products, trust and dependable service that bring repeat sales for us all." Richard says. Richard currently resides in Holly Springs, MS where he enjoys vegetable gardening and hybridizing the daylilies in his vast collection. 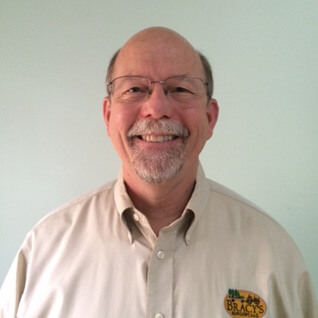 Jim began his 43-year (so far) green industry career working in a garden center near his family’s home in Lithonia, GA at the age of 15. He was hooked. He chose to study natural science and earned his first Bachelor’s Degree in Biology from Oxford College at Emory University in 1976. His second, in Botany/Horticulture, came just 2 years later from the University of Georgia. He worked for a landscape company during the summers all the while.

Upon completing his studies, Jim certainly put his education to work. He has worked in several areas of the industry in a number of different capacities. He worked as a grower and managed greenhouses, nurseries and landscape companies. After completing numerous hours of graduate-level management studies, Jim moved out of the operational side of the business and into sales. For the last 20 years Jim has represented seed companies and wholesale growers. The last 11 of those years have been as a Sales Consultant for Bracy’s Nursery.

Jim is passionate about plants and he has accumulated a vast amount of horticultural knowledge over the years. He knows what drives growers, garden centers and landscapers and what they need to be successful from both the management and sales sides. He is always happy to share his knowledge and experience so that others may prosper.

A Georgia native, Jim lives in the Kennesaw, GA with his wife and son. His interests include; coin collecting, hiking, camping, bird watching, studying nature, and, of course, gardening. 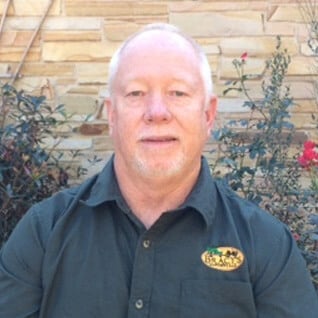 Ray Taylor discovered his passion for horticulture while growing up in North Texas. While he graduated with a marketing degree from Stephen F. Austin State University, he also earned 55 credit hours in horticulture. After graduation Ray made his way to the Dallas/Fort Worth area where he was able to apply his education while indulging his passion. He enjoyed working in retail management along with landscape design and installation before settling into sales at the wholesale end.

As a sales representative for Greenleaf Nursery, Ray relied on his retail and landscape experience to help his customers manage their stock and present it in effective ways so they could grow their businesses. Over the course of his 26-year tenure with Greenleaf he was a territory-builder all over Texas. He opened territories and built them up before handing them off to another representative so he could move on to the next one. Ray was recognized numerous times for increasing his year-to-year sales more than 10%.

In late 2012 Ray joined Bracy’s as a sales consultant. His market knowledge and demonstrated success as a business-builder were a perfect match for the company that was just expanding its reach into Texas at the time. Now he brings his wealth of knowledge to Bracy’s’ customers throughout Texas and Oklahoma with the same vigor as he did when he started his career in horticulture 35 years ago. “I love it and, even after all this time, I still learn something new every day”, says Ray.

Ray and his wife Judy currently reside in East Texas with their son and daughter, who also are attending SFASU.

Use this quick link to access the online order form and plant catalog.

Want to Become A Customer?